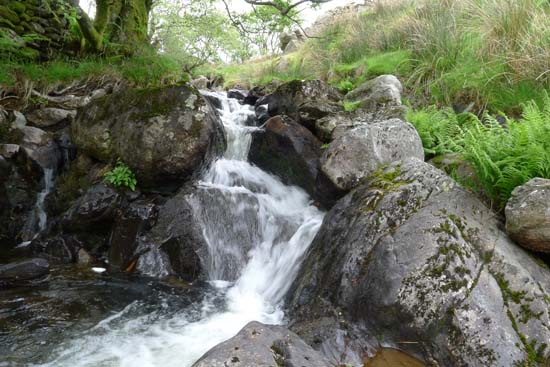 We can’t tell whether fresh water it is safe to drink by looking at it. Unless, for example, the water is obviously stagnant, dirty or oily we cannot visually determine the presence of some of the potential contaminants. Even if the water looks clean, it may be contaminated.

Over the years while leading people in the outdoors and teaching courses in wilderness skills, I’ve found that most uncertainty about how to treat water comes from a lack of clarity over what the problems might be. This is due, at least in part, to the marketing surrounding the many water-purification products aimed at the outdoors user.

The better your understanding of the potential contaminants, the better equipped you will be in determining the solution. Don’t be baffled by scientific terminology or over-technical marketing hype.

There are five categories of contaminants you may need to eliminate from fresh water to make it safe to drink:

Turbidity: Turbid water is muddy, thick or cloudy. This can be due to sand, mud, silt or other suspended particulate matter such as decomposing organic material. Removal of turbidity is important. Even if there are no waterborne diseases present, turbid water can irritate your digestive system. In addition, turbidity can reduce the effectiveness of chemical treatments.

Protozoa are colourless microbial organisms, capable of motion. They obtain food by ingesting other organisms or organic particles. Protozoa lack the cell walls of algae and fungi and in this respect resemble animal cells. Many protozoa are free-living microorganisms, but several cause disease in humans and other animals. Protozoa are typically 0.01-0.05mm in diameter. Examples include Cryptosporidium and Giardia.

Bacteria are a large group of single-cell organisms, some of which cause disease, between them producing a wide range of infections, some of them potentially lethal. Bacteria are widely distributed in soil, water, air, and on, or in, the tissues of plants or animals. Bacteria were first observed in the 17th century and first definitely implicated in a disease (anthrax) in 1876. Typically a few micrometers across (micrometer or ‘micron’ is one millionth of a metre), bacteria are much smaller than protozoa. Examples of diseases caused by bacteria include Typhoid fever.

Viruses are not cells. Viruses lack many of the attributes of cells. A single virus particle is a static structure, quite stable, and unable to change or replace its parts. Only when it is associated with a cell does a virus acquire a key attribute of a living system, reproduction. Many viruses cause disease in the organisms they infect. While protozoa are measured in terms of thousandths of a metre and bacteria are measured in millions of a metre, viruses are measured in terms of billions of a metre (nano). Many causes of ‘traveller’s diarrhoea’ are considered the result of infection by waterborne viruses. More serious diseases such as Hepatitis A and Polio have long been known to result from faecal contamination of water.

Chemical pollutants can range from pesticides to heavy metals. Chemical pollution in wilderness areas and national parks are often associated with nearby mining, forestry and agriculture.

A pathogenic organism is any organism that causes disease. That is, as far as waterborne disease is concerned, could be protozoa, bacteria or virus.

Some microorganisms (such as Giardia lamblia) can form cysts, which allow the organism to live without food, water or oxygen for a period of time. The cyst protects the organism from harsh conditions, allowing it to be much more resistant to drying, heat, chemicals, mechanical disturbance such as crushing or vibration, UV and ionizing radiation than the unprotected organism. For parasitic species, the cyst will also enable it to survive outside of the host.

Use Common Sense And Research

In a wilderness or remote travel situation, it is unusual to have to deal with all five types of contaminant at the same time. Use common sense and research to find out what you are likely to be facing.

We can see turbidity and it can be removed with coarse filtration.

Dead fish and vegetation are clear signs of serious chemical pollution. Chemical pollution is often less extreme than this, however, and the signs much more subtle. With a little bit of pre-trip research we can judge if we are visiting an area where chemical pollutants may be an issue (for example will you be near sulphide mining, or is there a lot of agriculture up river?).

The presence of waterborne pathogens is often associated with the presence of humans and domesticated animals (and their excreta contaminating the water). In many places where there has been little or no human activity and no livestock or pack animals, then the water can be free of pathogenic organisms and safe to drink. But remember we can’t know for sure without testing the water.

Even if the locals drink the water, remember that they may well have been doing it for years and have an acquired immunity to pathogenic organisms we may never have encountered before.

Pre-trip research will also help you determine which waterborne pathogens are possible, likely or endemic in the country you are travelling through. This type of research can easily be combined with determining which inoculations, if any, you require before a trip.

How To Deal With Water Contaminants

There are methods of dealing with each of turbidity, parasites, bacteria, viruses and chemical pollutants.

No single method, however, will provide satisfactory treatment for all of these contaminants. Further, there are many water purification products on the market which make use of some of these methods. This proliferation of products along with marketing tends to create some confusion amongst potential users as to which method is “best”. The best solution depends on the circumstances.

In future articles I will look at the various methods in more detail, including pros and cons and tips for application.

To keep things as clear as possible, the important points you need to remember are as follows:

Hence, you will be able to deduce that a combination of filtration and a suitable chemical treatment or boiling will deal with any or all of the specific contaminants. If you understand these fundamental principles, then you can start to make an informed judgement, free from the influence of marketing, and adopt a solution that best fits the circumstances. The details and pros and cons of various methods will be covered in future articles.

49 thoughts on “Water Purification: The 5 Contaminants You Need to Know About”